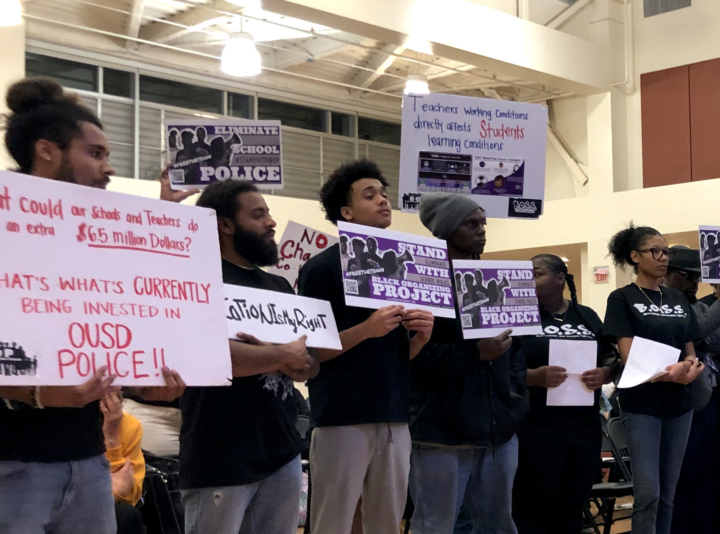 In 2020, the Oakland City Council reduced the Oakland Police Department (OPD) budget for FY 2020-21 by $14.6 million, which partially came from delaying the next police academy class.1 That money was primarily reinvested in:

They also created the Reimagining Public Safety Taskforce “to rapidly reimagine and reconstruct the public safety system in Oakland by developing a recommendation for Council consideration to increase community safety through alternative responses to calls for assistance, and investments in programs that address the root causes of violence and crime (such as health services, housing, jobs, etc.), with a goal of a 50% reduction in the OPD General Purpose Fund (GPF) budget allocation.”3 The task force was co-facilitated by two outside organizations (PolicyLink and the National Institute for Criminal Justice Reform) and affected individuals--including formerly incarcerated people, immigrant communities, communities impacted by police violence, violence survivors, and others. From October 2020 to March 2021, it underwent a process of community engagement that prioritized engaging directly-impacted communities.

← Previous
Minneapolis
Next →
Portland, OR