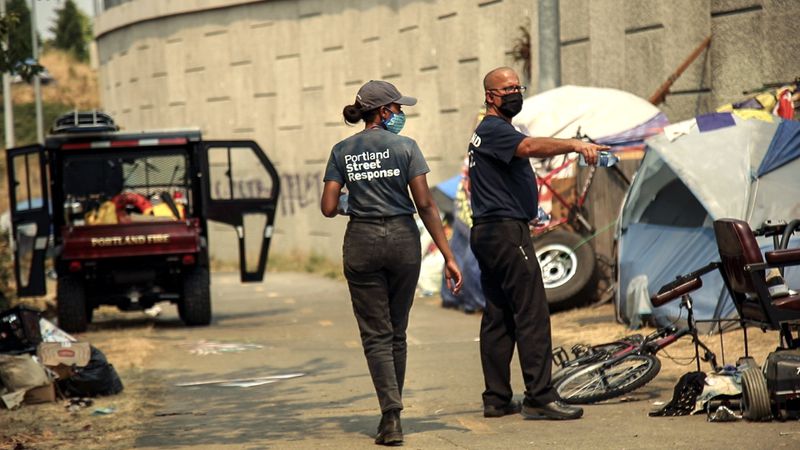 For their 2020-21 budget, the Portland City Council cut $15 million from the proposed police department budget, which was an $8.6 million cut from the prior year’s budget. They made these cuts primarily by eliminating a number of units.

They eliminated the Street Emergency Reaction Team/Gun Violence Reduction Team, which many residents believed targeted people of color, and have worked with the Office of Violence Prevention to change their approach to reducing gun violence.1 However, members of the team have been reassigned to other units, and the department has been trying to restart the unit, with greater oversight, recently.2 They also ended an intergovernmental agreement between the police department and public transit agency, ending the practice of police patrolling the city’s public transportation system. However, the system still has transit officers and agreements with the sheriff’s office. They removed police officers from public schools, ending the School Resource Officer program and the Youth Services Division. They also eliminated eight new positions from the SWAT team (called the Special Emergency Reaction team). Finally, they cut $2 million that the police department received from the cannabis tax.3

The City Council reinvested the funding cut from the police department to fund the Portland Street Response, a program that sends EMS and mental health workers to respond to 911 calls involving people in mental distress, drug use, or homelessness;4 a leadership program for Black residents who are 35 years old and younger; programs helping houseless people; social equity grants; a tribal outreach worker; and a position in the Office of Equity and Human Rights.5